Wednesday night we played the Pourhouse in downtown Minneapolis. It’s quite a venue with a good size stage.  After all the emails, it was great to finally meet the guys in Scubadiver in person.  They’re super cool dudes and we wish them the best of luck.  The members of Omission Republic were genuinely great human beings as well.  We couldn’t have asked for a better bunch of people to share the stage with.  And their bands are pretty solid too.

It was our first time at the Pourhouse and downtown construction didn’t make finding the spot to unload an easy task. As we were loading in our gear someone was tased by a Sheriff on the corner of Hennepin and 5th.  I didn’t see it happen, didn’t know what provoked it.  I saw five officers escorting a man away from the light rail tracks.  The group of people that had gathered were filming with their phones out as we lugged our amps inside. 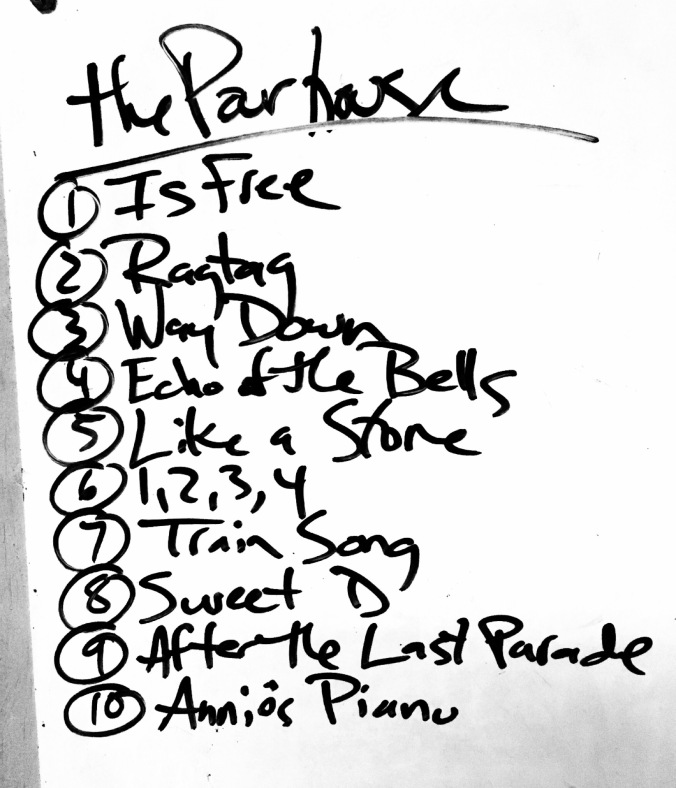 We were supposed to go on at 7, but the sound guy was late. It was closer to 7:30 when we finally sound checked and started our set.  We spread out on the stage and used the room to move around.  We played a set that is probably one of our stronger sets and we were on point.  The show was a smashing success and went off without a hitch.  Save for the string that Dave broke, prompting him to quickly switch guitars for the rest of the set.  The crowd was receptive and we fed off of their enthusiasm to be alive and out in public.  When they finally turned on the stage lights, two-thirds of the way through our set, it was a welcome surprise.  The Pourhouse has it all: a stage, a sound system, stage lights and don’t forget the balcony.  Sharing our songs with people who have never heard them before was, and is, always a thrill for us.  We are very grateful for this opportunity.

After our set, Scubadiver came on, and if you ever get the opportunity to check out this band, do it. Their show is well worth the ticket price.  Besides being a great alternative rock band, they bring an entertaining show wherever they go.  On Wednesday, they had two masked characters on stage having a picnic and some very dramatic tug of war with a piñata.  There were smiles all around the room while they were performing.  Truly a sight to see and an experience to behold, I give them major kudos for pulling it off the way they do.  Scubadiver is true entertainment.

When Scubadiver had finished their set and swept all the debris off the stage, Omission Republic took over. I hadn’t heard of this local Twin Cities band until we were on this bill with them.  The band has soul.  With a three piece soul blues band laying down the grooves, they are led by an energetic front woman and two backup singers (synchronized dance moves included).  This band can put on a show.  They have the classic moves and a new twist on the old soul blues.

It was really great to play with these bands, meet everyone and take Wednesday night to the limit. Scubadiver was heading to Milwaukee and told us Houston was waiting with open arms for King Fish Crow to visit.  Omission Republic had just gotten back from The House of Blues in New Orleans and were prepping for their next adventure.  There is a good chance we will play with these bands again. We expect big things from both.

Friday night, the smoldering first day of autumn, we played the Nomad World Pub with Peddler and Loons in the Attic. It was a great show and the Nomad cranked the AC all night long.

Peddler kicked off the night with their melodic indie rock grooves. The singer/bassist belted out grunge rock melodies and the lead guitarist rung out reverberated riffs from boutique pedals with excellent tones.  The band brought an energetic set to the stage.  The Nomad has a deep stage and it was hard to see the drummer (as is always the case there).  Still, the guys delivered a solid set of songs and played their flannels off.

After Peddler wrapped up, Loons in the Attic took the stage. They were two songs in when their bassist broke a string.  In all honesty, I don’t know if I’ve ever seen a bassist break a string at a show.  They were in a predicament.  So I went outside and asked Shane if they could borrow his bass.  Of course, he said yes.  So I ran down to the green room and brought the bass up to the bassist.  He put his three string away and they continued their set.  Loons in the Attic bring an indie rock pop that is uniquely highlighted by Bobby’s falsetto.  They are technicians and are always having fun on stage.  It’s great to see Bobby smiling when he is delivering a line.  We’ve played with them a number of times and always enjoy the opportunity to get to know these guys better and share some stage time.  If you get the chance, catch them around the city. 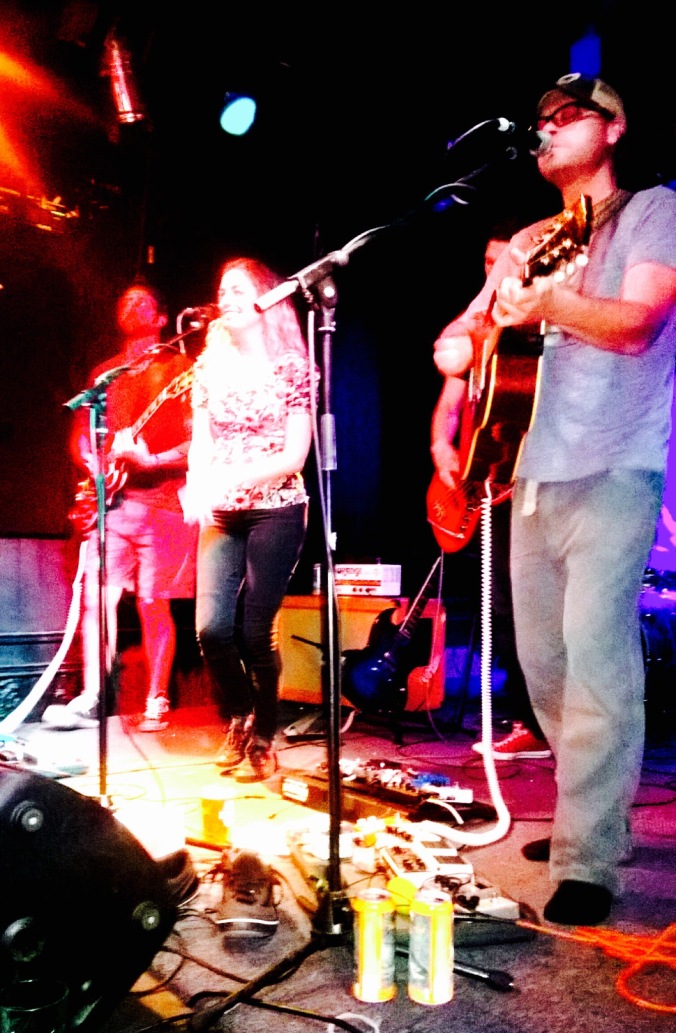 This week was sort of a whirlwind, but it was great. We had both of our shows this month in a three day span.  We don’t typically try to line up shows so close together in the Twin Cities.  But when your friends call, you say yes.  We did miss Corey this week.  His grandfather passed away early Sunday morning and he was in Ohio all week.  We send our best to his family.

Our next show is going to be a great event. Loon Fest is coming up on October 7th at Modist Brewing and we’re on the bill with many of the same bands who played Wild Springs in Osceola, WI this summer.  So, if you didn’t get a chance to come out to the festival in July, but loved the lineup, this is your opportunity to catch all the great bands in the Twin Cities.  This whole event supports the Boundary Waters and every donation up to $5,000 will be matched by a generous benefactor.  Come on out, support local music, protect the BWCA, make great friends, and drink local brew.  We’re thrilled for the opportunity and we’re looking forward to sharing our Saturday with all of you.

“To me, if life boils down to one thing, it’s movement. To live is to keep moving.”     – Jerry Seinfeld